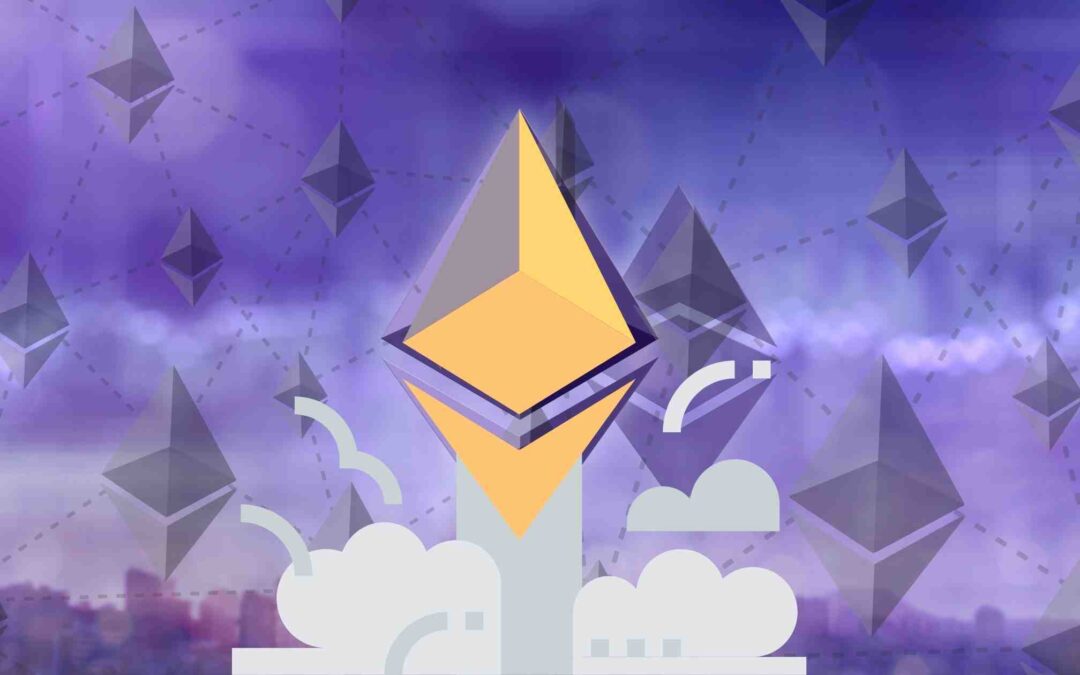 The Ethereum Merge Is Complete: From PoW to PoS

The upgrade from a proof-of-work (PoW) to a proof-of-stake (PoS) blockchain is now completed. What does this mean for the first programmable blockchain?

On September 15, 2022, after years of development, Ethereum’s developers completed the Merge – the upgrade from a proof-of-work (PoW) to a proof-of-stake (PoS) blockchain. The PoS network is expected to power a more energy-efficient blockchain while reducing transaction fees and improving scalability.

Potentially, the payoff could be huge. Ethereum should now use 99.9% less energy. According to one estimate, Ethereum’s energy consumption dropped from 77.77 TWh on September 14 to 0.01 TWh on September 16, 2022.

The developers of Ethereum claim that the upgrade will bring the network, which houses many cryptocurrency tokens, to a more scalable and secure state. Ethereum’s TVL (Total Value Locked) is at about $30 billion, considering all its DeFi apps – DEXs, lending protocols, NFT marketplaces, and other apps.

The Ethereum Merge was completed at 7 a.m. UTC. However, the price of Ether (ETH) started to slowly decrease, dropping by 12% on the first day after the Merge. Ether’s price started a downtrend, and many investors are bearish.

In 2008, when Bitcoin was created, it introduced the concept of a decentralized ledger –  a single immutable record that computers all over the globe could access and trust without intermediaries.

In 2015, Ethereum was introduced. It expanded on the core concepts of Bitcoin’s blockchain by adding smart contracts. These smart contracts are bits of code that use the blockchain to record data onto its network and trigger automated transactions when certain pre-defined conditions are met. This innovation was key to decentralized financing (DeFi) and NFTs, which were the major catalysts for the recent crypto boom.

On Ethereum’s proof-of-work (PoW) network, crypto miners were responsible for verifying transactions and adding new blocks to the blockchain in exchange for rewards paid in ETH. These blockchain operations required miners to invest in expensive hardware equipment that was capable of solving the required cryptographic puzzles – hence the intensive energy consumption of the network.

Ethereum miners were often organized in farms, which were actually huge buildings filled with mining equipment, similar to data centers, which were a huge strain on any energy network.

The new proof-of-stake system for Ethereum, which is a blockchain-based cryptocurrency, completely eliminates mining.

Miners are now replaced by validators. To become an Ethereum Validator, you must stake 32 ETH on the network. This means that maintaining Ethereum’s network security will not rely anymore on an energy-intensive computer network but the value of ETH stakes. It will require a similar level of electricity as any other computer software.

Proof-of-stake is a system where the staked amount of ETH – and not the energy expended – determines who has control of the network. This makes attacks more costly and self-destructive, according to proof-of-stake boosters. Attackers can have their staked Ethereum slashed or reduced as punishment for trying to harm the network.

However, some are skeptical about the proof-of-stake security. There are no indications that Bitcoin, for example, will ever abandon the proof-of-work (PoW) consensus mechanism, as it is still seen as the more secure system.

The upgrade to a PoS blockchain ends the network’s dependence on energy-intensive cryptocurrency mining.

The idea that Ethereum would eventually switch to proof of stake was clear from the beginning. However, the transition was complicated and risky. Many people doubted that it would ever happen.

The complexity of the update was exacerbated by the fact it was one of the most complex open-source software projects in history. It required coordination among dozens of teams as well as volunteers, researchers, and developers.

Tim Beiko, an Ethereum foundation developer, played a crucial role in the coordination of the update. He believed that more investors would become interested in crypto after this monumental milestone in the crypto universe.

Vitalik Buterin, Ethereum’s creator, suggested that there’s still a long way ahead for the network: “This is the first step in Ethereum’s big journey towards being a very mature system, but there are still steps left to go.” 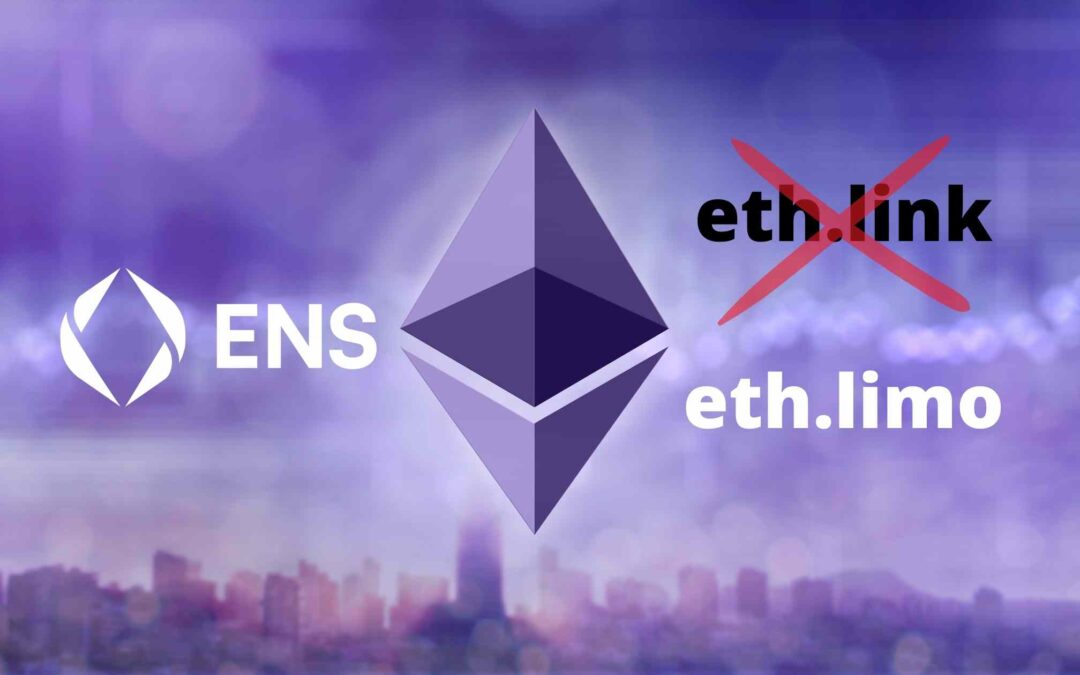 Eth.link will be put up for sale on Sept. 5, according to GoDaddy.

The eth.link page domain is about to expire, and the members of the ENS DAO community are forced to replace it. The Web3 sites use decentralized structures like the ENS (Ethereum Name Service), which are similar to the traditional DNS.

The only person that has access to renew the domain is the former Ethereum developer, Virgil Griffith, who is currently serving a 63-month sentence. He pleaded guilty to helping North Koreans to use cryptocurrencies to circumvent the sanctions. After giving a talk about cryptocurrencies in Pyongyang in April 2019, Virgil Griffith was arrested in November 2019.

Although the maximum sentence for the crime was 20 years, Griffith’s plea agreement with federal prosecutors reduced the sentence to a range between 63 and 78 months, which is approximately 5 to 6.5 years. Since Griffith is still serving his sentence, the eth.link expired on July 26, and there’s nobody else who can renew it. As of September 6, 2022, the eth.link domain will be available for registration, and anyone can take it.

The eth.link is the EthDNS that serves the .eth community.

ENS DAO, a decentralized autonomous organization (DAO), governs the Ethereum Name Service protocol. This is a Web3 version for Domain Name Service providers. ENS is responsible for many.eth domains that have appeared in the Ethereum community. As a way to purchase their own domains, users have purchased .eth name. ENS names can be linked to your wallet address to make it easier to send and receive cryptocurrency (instead of typing out a complex Ethereum address).

The ENS gives DNS information to the distributed authority without conflating ownership and authoritative serving. Using ENS, domain owners have full control of their DNS records. Smart contracts allow ENS to irrevocably assign subdomains of domains to other entities.

So far, the ENSLink was used as the EthDNS, and anyone who used an ENS was able to use it to see the associated ENS records.

However, instead of showing all the information about how to use the ethDNS, the eth.link will now show an empty page with an expiration banner on top.

The Executive Director of ENS stated that Virgil Griffith was working with the Ethereum Foundation when ENS was launched, and he was an early contributor to the ENS protocol. However, it’s important to note that ENS is a permissionless protocol, and it can be used by anyone to build decentralized applications (DApps) on top of it. Virgil Griffith used the eth.link traditional domain to build an application that would resolve the ENS domains. The DAO got used to the DApps, and it was using it to fetch information about all ENS names. However, the ENS DAO is now operating another domain (eth.limo) which is now handling the same requests and resolving the ENS domains.

ENS or Ethereum Name Service is a distributed naming system that interacts with the Ethereum blockchain and map human-readable domains to blockchain addresses.

In the last couple of years, the ENS has seen significant growth. While the first million domains were sold over the course of five years, it only took about four months to surpass the 2 million milestone. 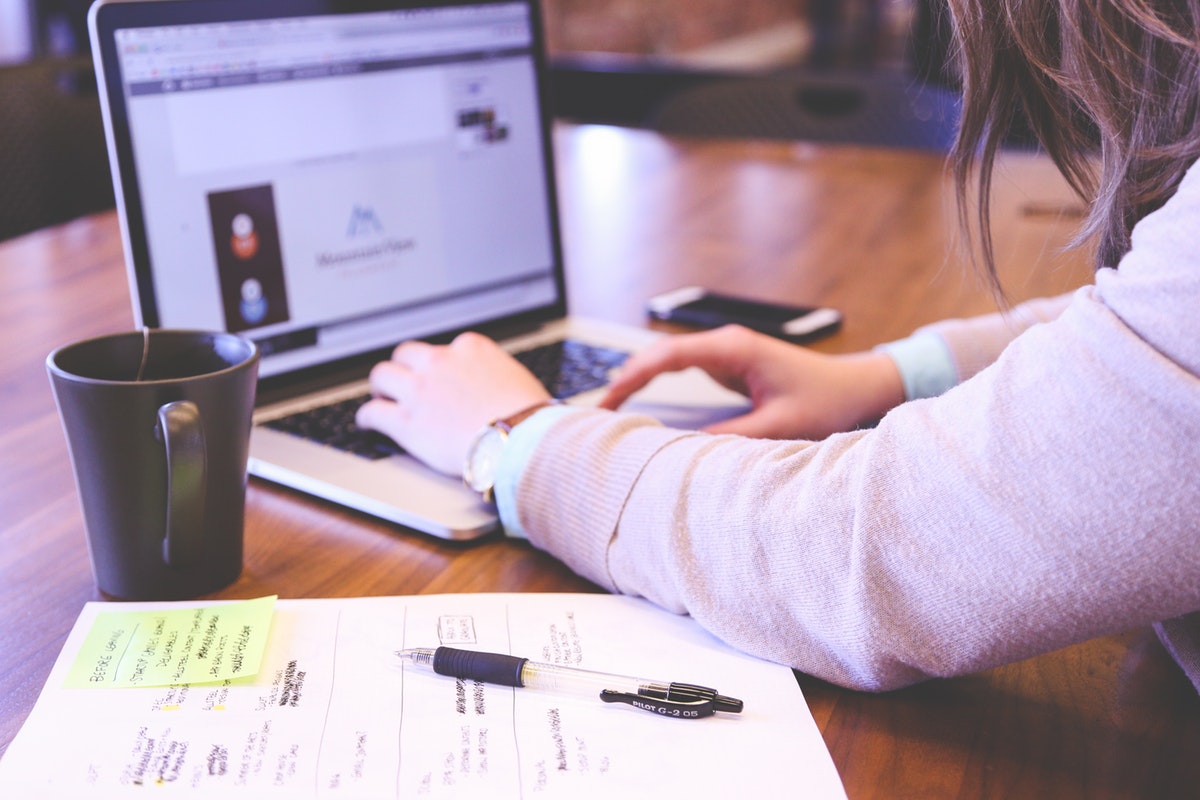 The Ethereum Foundation made a donation to the United Nations Children’s Fund (UNICEF) worth $150,000 in Bitcoin and Ethereum, into their experimental crypto fund in October 2019.

“We are still discussing the details on what we can do together, but we have decided to continue support for the next couple of years,”
“I believe a partnership with a group like UNICEF can maximize our impact without shifting our focus from what we still need to do to improve Ethereum as a technology.”

The Kazakhstan branch of UNICEF developed an Ethereum-based internal payment system. The system is used for transferring funds between the UNICEF headquarters and local programs.

“We can see now clearly it’s operational and it’s great for the organization. So we will continue to work on that,”
“We only have used ethereum so far, for smart contracts. We’re thinking maybe we could test bitcoin as well for digital currency transfers, so we’ll see.”

The system is not fully set yet, as the UNICEF budgets need multiple signatures. But the last touches are being made by the Kazakhstan team. Up to this day, the amount of paperwork required by its operations is overwhelming. A digital process will come much more in hand, and everything will be more transparent and easy to track and follow.

The Ethereum-based system is expected to be fully functional in 2021.

“We can easily adapt it to other Russian-speaking countries in the region,”

UNICEF has also become a partner of SoftBank Investment Advisers (SBIA) and wants to create a system for distributing cryptocurrency.

The co-lead of UNICEF Ventures, Chris Fabian, stated that the crypto fund is starting to fund startups. One such crypto startup is Coinsence, a Tunisian token project which used ERC-20 tokens.

The pilot program for Coinsence has more than 200 participants, in the town of Hammamet, according to its founder, Karim Chabrak.

“There are communities that have no money and a lot of unemployed youth,”
“Communities need to be able to address that without waiting for governments to act.”

The residents of the city, who participated in the pilot program, used the token to pay for services or to offer discounts. The goal is to reduce the unemployment rate and to create productive spending habits. The founder of Coinsence, Karim Chabrak want to create a national association, with a legal framework, to help and support other communities to issue their local token.

“We heard about bitcoin in 2010,”
“But we are trying to build currencies that aren’t speculative, that are part of the commons.”

These experiments and programs were founded by the Ethereum Foundation. Coinsence received 50 ETH for their pilot program.

The Ehereum Foundation also founded Atix Labs, an Argentinian startup. The funds were used to develop software for the Kazakhstan program.

With this agreement with UNICEF, the Ethereum Foundation and community is now investing in global outreach, and not necessarily in implementing blockchain solution.

“They’ve made the community available to us for a variety of things,” Fabian said.

UNICEF hopes to find external partners willing to accept cryptocurrency and their teams are now focused on training youth to develop solutions for custom needs of the communities they live in.

← Blockchain Courses Will Be Top Trend in 2020 according to Deloitte Why is Malta the paradise island of iGaming and blockchain? →