Crypto Exchange FTX Has Filed for Bankruptcy Protection in the US 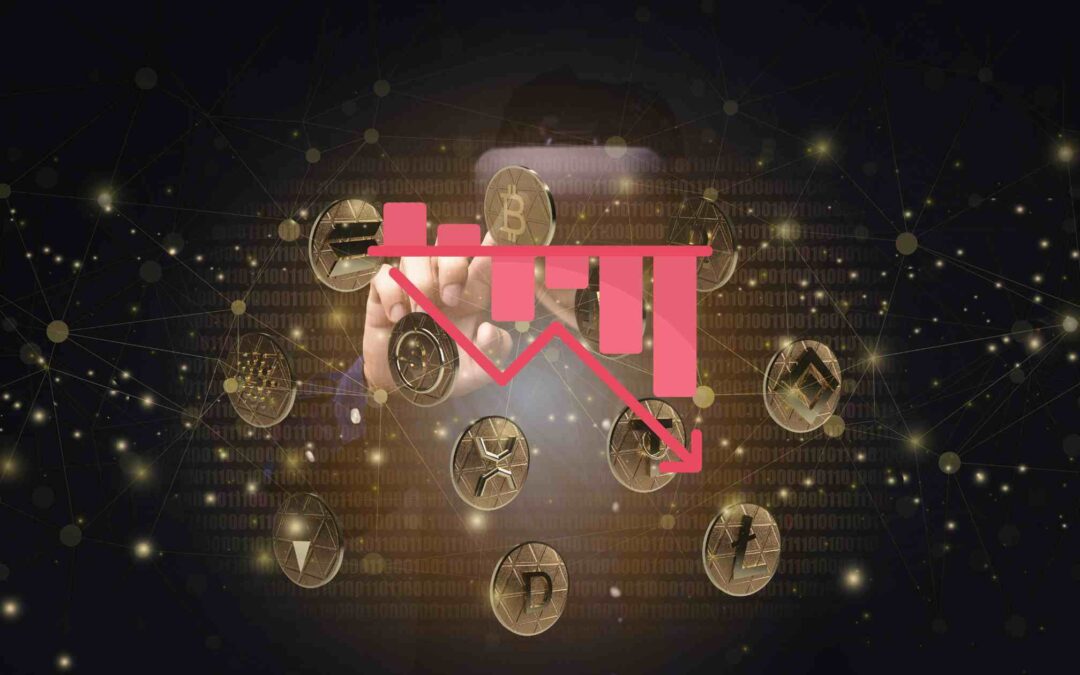 The Bahamas-based company, FTX.com crypto exchange, announced Friday (November 11, 2022) that the crypto exchange had filed for bankruptcy protection in the United States.

Sam Bankman-Fried, the founder and CEO of FTX, has also resigned but said he would assist with an orderly transition. John Ray III will be the new CEO. Ray seems to be the same person who oversaw Enron Corporation’s bankruptcy.

According to Ray, FTX employees will feel the pressure in the near future: “In the short-term, we have some long and hard work ahead.” He also described the bankruptcy filing as “the beginning of a journey forward.”

Respective bankruptcy filings stated that FTX US (and Alameda Research) had between $10 billion to $50 billion in liabilities, as well as a similar range of assets. They also estimated that the funds would be available for distribution to unsecured creditors.

Why did FTX collapse?

This is the context that will help you understand this story. This includes the unexpected crisis of confidence caused by revelations about Sam Bankman Fried’s accounting practices, the shock at Bankman Fried’s reputation as a golden boy, and the complex role played by Binance and Changpeng Zhao, its founder in the crisis.

Let’s start with the background story of Sam Bankman Fried and his other company, Alameda Research, which played a major role in this series of unfortunate events.

At the beginning of November 2022, Alameda was holding around $5.8 billion out of its $14.6 billion assets in FTT, FTX’s exchange token.

Based on leaked documents, this finding was shocking because of the close relationship between Alameda & FTX. Both were established by Bankman-Fried. There has been considerable anxiety about the nature and extent of their fraternal relationships. This raises questions about the open-market, real-world value of FTT tokens that are held in reserve by affiliated entities.

Negative speculation about financial institutions can become a self-fulfilling prophecy. It can trigger withdrawals from a feeling of uncertainty and lead to liquidity problems.

But simple facts can be enough to cause a bank run. FTX token and Alameda have a history of close ties. This led to a mass exodus on November 8th. According to internal messages, Reuters saw $6 Billion in withdrawals on the exchange before things turned sour. What’s more, at the time, FTX exchange has an internal balance of only 1 BTC. Meanwhile, the exchange’s bitcoin balance reached 36 BTC, but this is still minute compared to the half a million BTC held by Binance or Coinbase.

Bankman-Fried’s team began to search for acquisition partners in a rush and approached a range of potential partners just before Binance was involved.

It is still unclear why FTX would want to be rescued even if there was such a rush for exits. Users were promised that the exchange would not speculate on cryptocurrencies in their accounts. If that policy had been followed, then there shouldn’t have been a pause in withdrawals or a balance sheet gap to fill. Coinmetrics analyst Lucas Nuzzi has provided evidence that FTX transferred funds in September to Alameda, possibly as a loan to cover Alameda’s losses.

Alameda’s vast FTT-linked assets seemed to confirm fears about the stability of Bankman-Fried. The token’s market value decreased by 90% between November 7 and November 10.

FTX announced that it had temporarily suspended all crypto withdrawals late in the evening on November 8, following the announcement of a tentative agreement with Binance.

Companies that file for Chapter 11 bankruptcy can continue to operate their daily operations.

Bankman-Fried posted a tweet after the bankruptcy and apologized. He said, “Hopefully things can find a way to recover. Hopefully this can bring some amount of transparency, trust, and governance to them.”

5) I'm piecing together all of the details, but I was shocked to see things unravel the way they did earlier this week.

I will, soon, write up a more complete post on the play by play, but I want to make sure that I get it right when I do.

The release stated that FTX Digital Marketplaces, FTX Australia and FTX Express Payment are not included.

Ray stated that the FTX Group’s valuable assets can only be efficiently managed in an organized, collaborative process. “I want to assure every customer, employee, creditor, contract partner, stockholder, investor and other stakeholder that this effort will be conducted with diligence, thoroughness, and transparency.”

He said that events have been “fast-moving,” and the new team has just begun.

The FTX bankruptcy sent shockwaves on the crypto market

Bitcoin immediately plunged to $1,000 after the bankruptcy news and fell to $16,500 in just minutes.

Firstly, it was stated Binance had offered to purchase the company. Then, Justin Sun of Tron announced a deal to support TRX-based tokens. FTX halted withdrawals, but FTX US withdrawals remained unchanged. FTX announced that certain jurisdictions had initiated partial withdrawals.

According to a bankruptcy filing, the complete list of companies includes Alameda, various local holdings, and Blockfolio. Quoine and over a dozen FTX entities are also included.

The crypto market is interconnected

The collapse of the Three Arrows Capital hedge fund has shown that crypto is extremely interconnected. Evidence suggests that Alameda’s financial problems began after it lost half a million dollars to Voyager Digital. Voyager Digital was later purchased by SBF, as it had been insolvent after Terra collapsed.

Unfortunately, as more people are attracted to the crypto and blockchain space, they are drawn by big marketing campaigns to these massive centralized exchanges. the industry has re-created the centralized financial system, including “bank runs” and all. Instead of interfacing directly with peers and blockchains, people now store their money on centralized exchanges. Instead of trusting financial protocols that are not reliable, they place their faith in Wall Street-respected megalomaniacs.

The  Securities and Exchange Commission (SEC) also took notice of the FTX and has ongoing investigations. Gary Gensler, Chairman of the SEC, almost gloated about this moment, noting the “toxic mixture” at FTX. He repeated the familiar line that cryptos are securities and should be under his agency’s supervision. Gensler also noted that the industry had been “significantly non-compliant” and that exchanges should “come into and talk to us.”

It is notable that FTX.US, the independent wing of SBF’s trading empire, seems to be solvent. It could all go down tomorrow, but it seems that SBF wouldn’t have done the same shenanigans using FTX.US user funds as he did with the parent company, no matter how tired he was.

Yet, it is important to mention the role that U.S. crypto regulation played in the FTX downfall. Coinbase’s CEO Brian Armstrong argued on Twitter that the stringent-yet-unclear regulatory landscape pushed people like Terra’s Do Kwon and Bankman-Fried overseas, where oversight is lax, and taxes go unpaid. According to Gary Gensler, 95% of crypto trading occurs outside the U.S.

Crypto may fail because it is not regulated

Cryptocurrency was created to allow people to be their own bank by allowing them to be independent and responsible for their finances. Instead, Three U.S. regulators – the Commodity Futures Trading Commission, the Securities and Exchange Commission, and the Department of Justice – have intensified their investigations into FTX. Some of these investigations had been ongoing for months.

In an interview with CNBC, Gensler may be correct in stating that there are rules that could protect crypto investors. Armstrong is protecting his interests here, while Sen. Elizabeth Warren (D.Mass.) and others are calling for tighter regulation. Gensler and Armstrong are calling for tighter regulation on U.S. exchanges. While more explicit regulations are essential, they must be followed. Because crypto is not a country-specific currency, regulators who make it too burdensome will only be able to create the next Terra-based in Singapore or Bahamas-based FTX. Armstrong said that it was absurd to punish U.S. companies like this.