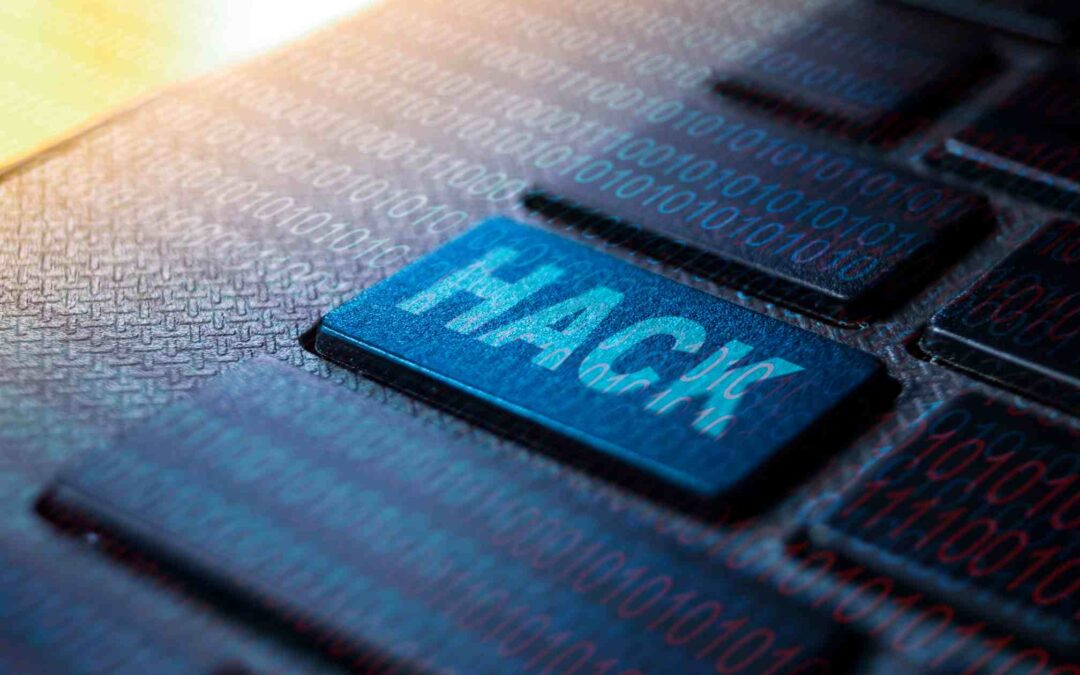 After Defrost Finance users complained about the loss of funds, the DEX confirmed that Defrost V2 was the victim of a flash loan attack.

On December 24, 2022, DeFi platform Defrost Finance, built on the Avalanche blockchain, suffered a hack, with an attacker using a flash loan function to withdraw funds.

The announcement was made on the official Twitter account. The team advises everyone to refrain from using the platform until they resolve the issue.

Defrost Finance is sad to announce that our V2 has suffered a hack, with an attacker using a flash loan function to withdraw funds.

The V1 is not affected. We will soon close the V2 UI and investigate further with our tech team.

Updates will be posted on our official channels.

The first hacking signal was that investors reported that they had lost their stakes in Defrost Finance, as well as Avalanche coins from the MetaMask wallets.

At first, the team announced that Defrost Finance’s V1 was not affected by the hack.

After confirming the attack, PeckShield, a blockchain security company, discovered that the hacker had manipulated the price of LSWUSDC (Lending Switch USD Coin). The profit generated from the hack was approximately of $173,000.

“Our analysis shows a fake collateral token is added, and a malicious price oracle is used to liquidate current users. The loss is estimated to be >$12M,” according to PeckShield.

The community was suspicious of the activities of the DEX, although they had announced the hack as soon as it was noticed.

Shortly after, it was announced that V1 of the DEX was also affected by the hack, although it was initially announced that it was not affected. Since V1 lacked the flash loan functionality, the team believed that V1 couldn’t have been affected. At this moment, they asked all users to stop using both V1 and V2.

The Defrost team continued their on-chain investigation, on Dec 25. After publicly asking the hacker or hackers to return the funds stolen during the attack, the team also proposed a 20% (negotiable) fee of the total amount of $12.

According to the team, they have been working round the clock, on Christmas day, to try and solve the crisis and return the funds. Eventually, on Dec 26, the team announced that the funds stolen from V1 have been returned. However, no other explanation was given.

According to Defrost Finance, the platform managed to recover the funds from the V1 flash loan exploit and plans to return them to their rightful owners.

On Dec 27, Defrost posted on Medium that it would soon refund the stolen assets. The recovered funds are in an ETH wallet, will be converted to a stablecoin, and then transferred to Avalanche. The users will be able to recover their funds through a specific smart contract.

Is Defrost Finance a scam?

On Dec 24, PeckShield, a blockchain analytics company, issued a warning to its community. They described Defrost Finance project as a “rug pull” with losses estimated at around $12 million.

On Dec 26, CertiK, a blockchain security company, posted an alert about Defrost Finance. It stated that they tried to reach the team but did not receive any response. They described the exploit as an “exit-scam,” which implies that the DeFi platform might have stolen user funds. 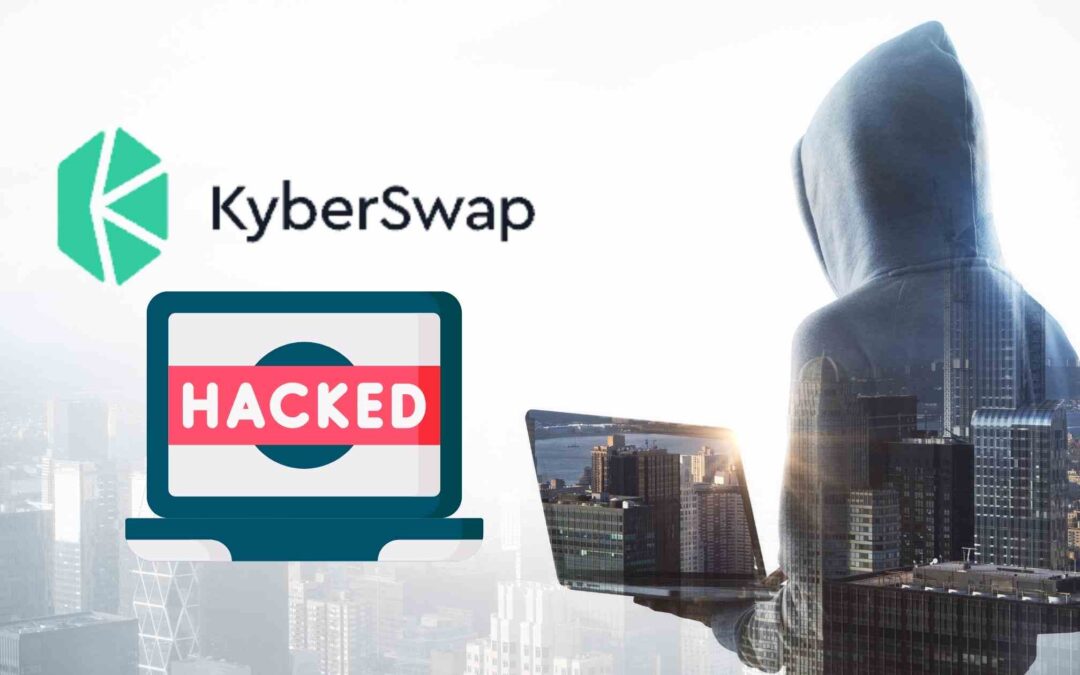 On September 1st, 8:24 PM UTC, KyberSwap discovered a bug in its website code which allowed hackers to steal approximately $265,000.

According to the DeFi platform, two “whale” addresses were apparently affected by the attack. KyberSwap announced its intention to all affected users. Kyber claimed it discovered the exploit that allowed hackers to insert fake approvals, allowing them to transfer funds to an address. The attack was detected on Sept. 1, and the threat was “neutralized” within two hours.

KyberSwap was the victim of a website exploit. On Sept 1st,  8:24 PM UTC, they discovered a suspicious element on their front end. In order to further investigate the issue, they decided to shut down the website while the smart contracts and everything related to the blockchain were not disturbed. The issue was a malicious Google Tag Manager (GTM), which allied the attacker to steal users’ funds.

It seems that the Google Tag Manager was designed to specifically target whale wallets to grant the attacker access to larger funds. After the code was eliminated, the KyberSwap UI was restored and made available for users. The UI was unavailable for just over two hours. Meanwhile, the malicious code was eliminated from the KyberSwap UI, and the hacker’s wallet was identified.

The KyberSwap announced to its users about the recent bug on the platform’s Twitter account and urged other DeFi protocols to inspect their frontend code to prevent similar attacks.

This decentralized exchange allows users to trade currencies across different blockchains. The blockchain contracts of KyberSwap were not affected. They have also identified the affected addresses.

Kyber tweeted, “We have compiled a complete list of confirmed and suspected attacker addresses used during this period, including tracking interactions with centralized exchanges and OpenSea.”

While this attack ranks amongst the lowest losses suffered by the DeFi projects, these thefts add up to millions of dollars that have disappeared from users’ funds. It also makes it very clear to anyone paying attention that DeFi platforms have penetrable UIs that can be exploited by creative hackers.

KyberSwap is not safe to use, although users are advised to exert caution when doing so.

Will KyberSwap retrieve the stolen funds?

Blockchain transactions are irreversible, and KyberSwap might not be able to get the funds back, even if they have traced the wallets. The only way to get the stolen funds back is if the hackers decide to transfer them back.

For that reason, the Kyber protocol has urged the attacker to send the funds back. Not only that, but they are offering a bug bounty of 15% from the stolen funds.

Here’s the message for the KyberSwap hacker:

“Hello attacker. We know the addresses you own have received funds from central exchanges, and we can track you down from there. We also know the addresses you own have OpenSea profiles and we can track you through the NFT communities or directly through OpenSea. As the doors of exchanges close upon you, you will not be able to cash out without revealing yourself. As a bug bounty, we are offering you 15% of the funds if you return it and have a conversation with our team. To confirm, send the funds to the following Polygon address: 0x2dc0ba6ba3485edd61f17ffabf4c7a9626001d50”

← ENS’s eth.link Could Be Lost Because There’s Nobody To Renew Its Web Address One Year of Bitcoin Payments in El Salvador →