Digital Tokens 101: What is a digital token?

A digital token is a code which stands as a representation of his holder's rights. Digital tokens are a way to benefit of services or goods and can be used as a reward. 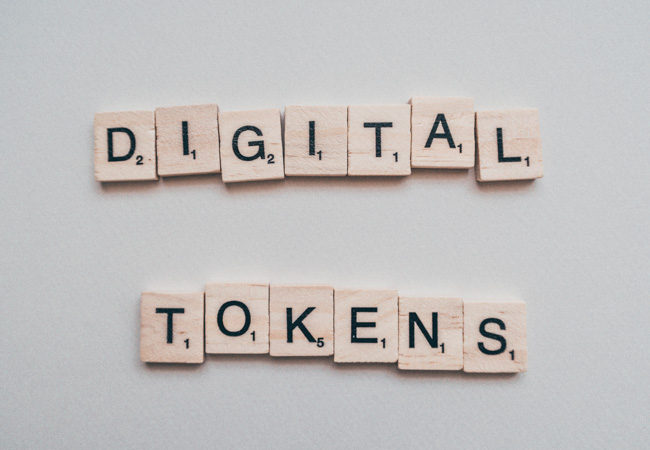 Digital tokens are a relatively new addition to our everyday vocabulary, and it’s closely related to cryptocurrencies like bitcoin, but also with electronic tokens which are used to symbolize various resources on a blockchain. What is a digital token? How can you use a digital token? Read this short guide to understand the different types of digital tokens and to be able to join a conversation nest time someone mentions digital tokens.

Digital Tokens 101: What Does it All Mean?

The term ‘token’ can lead you to think about the plastic casino chips, or that thing used to swap to get a beer under a particular platform or within a particular market such as a festival.

Let’s explore the origin of this term ‘digital token’, and then have a look to the area of cryptocurrency tokens, differentiating between blockchain-native tokens like BTC on Bitcoin or even ETH on Ethereum, along with asset-backed tokens like IOUs on Ripple.

Chances are that we’ve all seen a digital token before, even though we didn’t realize it. Let’s think about when subscribing to an online service or newsletter.

After you enter an email address into a site to join a mailing list, you are often asked to look at your email and click a hyperlink. The link you get to confirm your subscription may look something like this:

In cases like this, the ‘token’ is that this series of characters that was delivered to you. This number or string of characters is unique, so the company who sent you the confirmation email will know it’s your email address if you click on it.

So, the site sent you a token, and you shipped it back, demonstrating you had control of the email address.

But the term ‘token’ is presently being utilized in a totally different manner to identify different items in the cryptocurrency world.

Cryptocurrency tokens do not exist as a number like the one in the example above (they’d be simple to replicate ), but instead, they exist as entrances on a ledger (a blockchain). You have those ‘tokens’ since you’ve got a secret which allows you to make a new entrance on the ledger, re-assigning the possession to another person. You do not store tokens in your own pc, you save the keys that allow you to access or reassign the amount.

Those ‘tokens’ could be considered as electronic resources that you can have control of, and you may reassign control to somebody else.

“Cryptocurrency” can refer to both tokens and coins, but differences exist between the two labels.

Here are some famous examples of intrinsic tokens are:

Check out the top 100 cryptocurrency tokens, and the entire list on Coin Market Cap.

How are intrinsic tokens created?

These tokens are created by computers and are not backed up by anything. It’s like writing down on a piece of paper “I have 1 billion coins”.

In reality, if you did this, then kept a fantastic record of those friends you gave them to, and in the event that you could record forward trades as your buddies gave them to other friends, you’d do pretty much exactly what these digital ledgers do.

Let’s take the most famous digital tokens for instance:

Bitcoins are ‘mined’ according to a schedule. The recently created coins are made to reward to the block-maker. The entire amount of bitcoins increases with time. They can be then traded.

The digital tokens XRP, were ‘pre-mined’ (created all the beginning) and shared among key participants. Each trade has a small XRP fee. These XRPs are destroyed over time. The entire amount of XRPs circulating goes down with time.

The NXT tokens were pre-mined. Each trade on the NXT system includes a commission in NXT. The fee goes into the block-maker (in NXT that is known as a ‘forger’ as opposed to a ‘miner’). The entire amount of NXT stays constant with time.

Ethereum has been pre-mined. Transactions and smart contracts require an ETH fee to be created and to operate, and the block-maker is rewarded with ETH. The block-maker also receives a block reward.